The PiKoder 8-channel RC receiver allow you to control your R/C models through your Android™ Smartphone oder Tablet. Simply replace your models receiver and enjoy this advanced R/C model control. With the PiKoder RC Android™ Apps available in the Play Store the touch screen on your device displays control sticks, lever icons and buttons that deliver the same control response as a standard transmitter.

With the same receivers you can also control your R/C model with a Joystick from your PC with true digital commands exactly when needed rather than pulse lengths in a fixed frame sent continously as in traditional ppm systems. You can select WLAN or Bluetooth communication to address your respective range and power requirements. 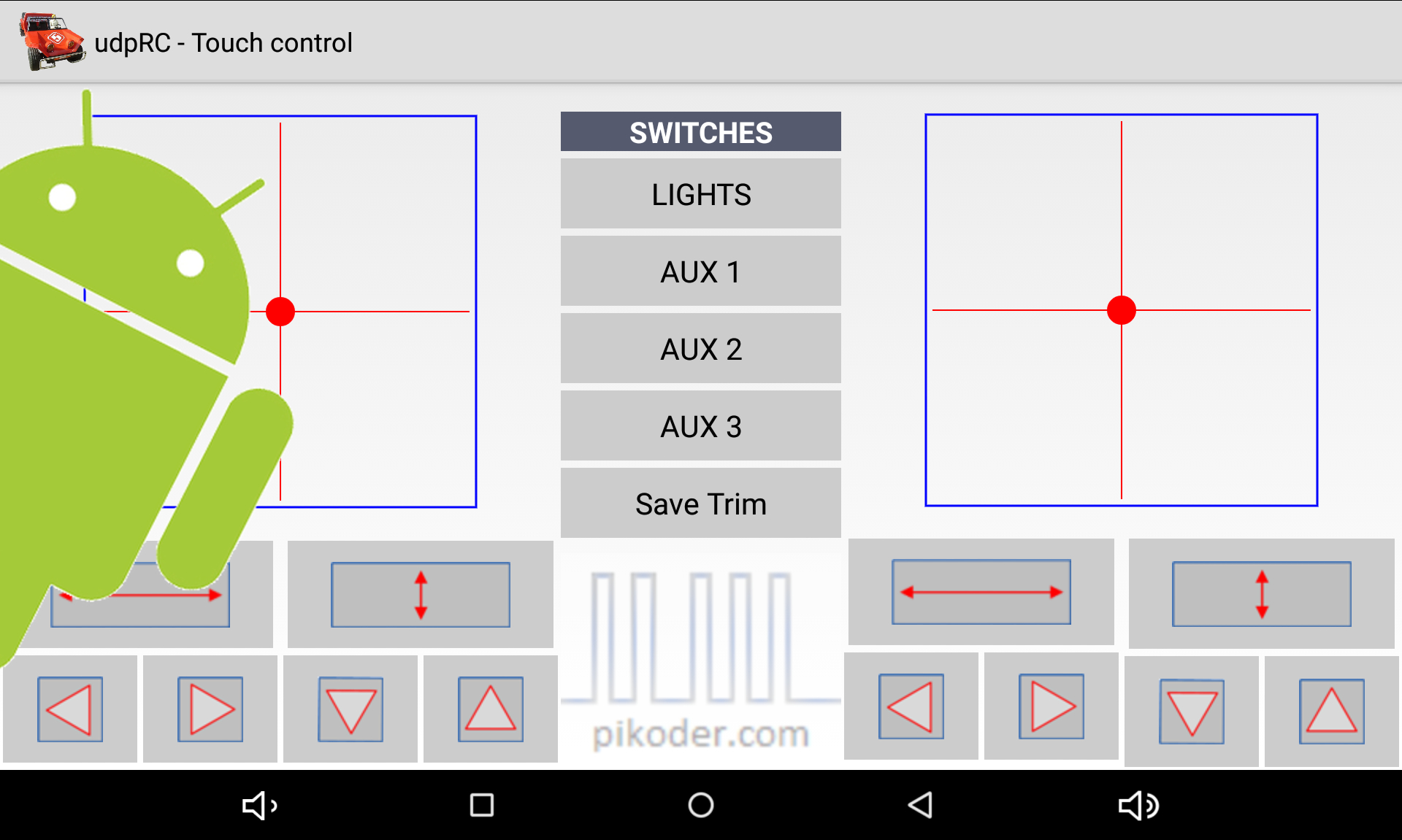 An intuitive user interface for a radio control transmitter for your Android™ Smart Device! For transmission you would either use Bluetooth or WiFi. A PiKoder receiver completes the radio control. All apps are avialable free of charge in the Google Play Store. 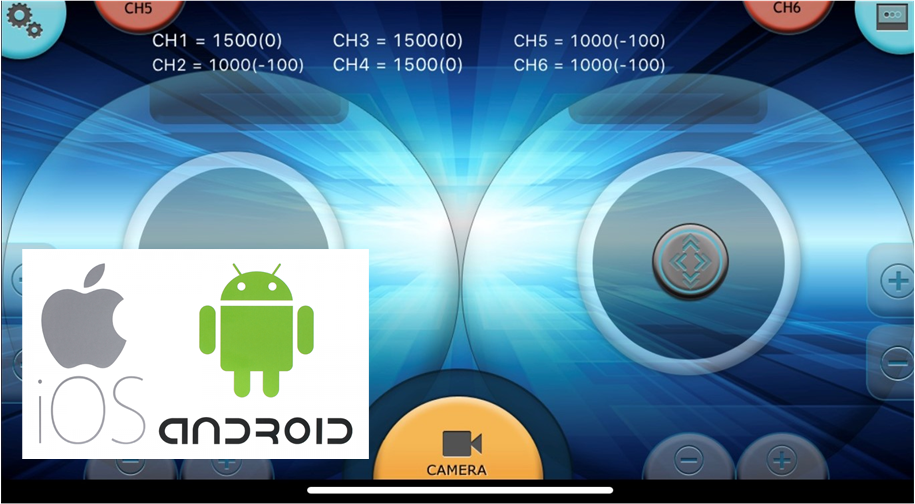 Use your Apple or Android device with the iReceiver App by Kyosho and the customized iPiKoder/SSC wRX receiver to control your RC models. 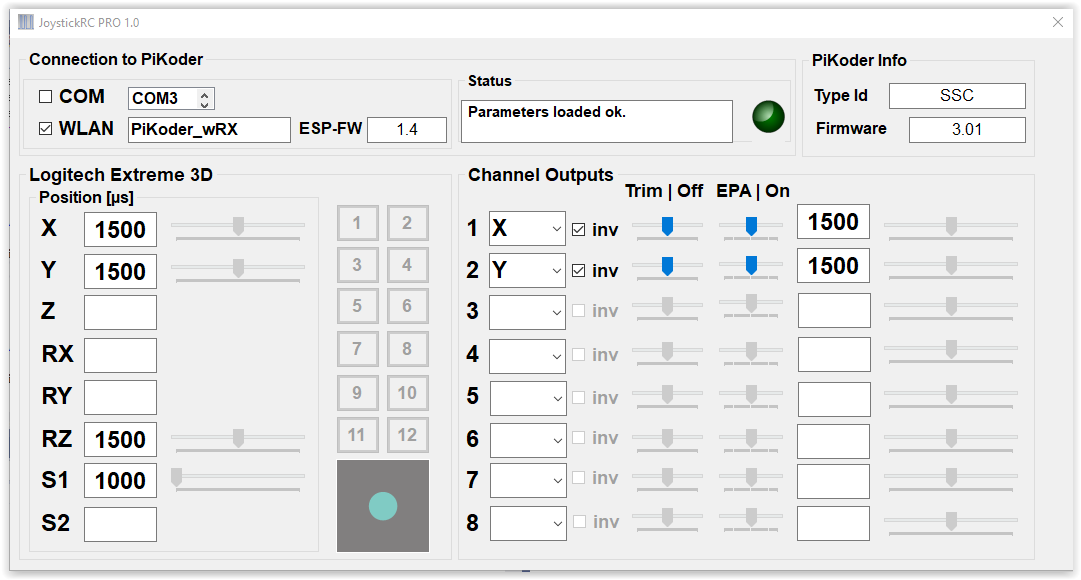 Windows apps for RC with a Joystick connected to your PC to control up to eight servo channels by wire (e.g. for a robot arm in concert with PiKoder/SSC evaluation board), via Bluetooth (deploying a PiKoder/SSC RX receiver) or WLAN with a PiKoder/SSC wRX. 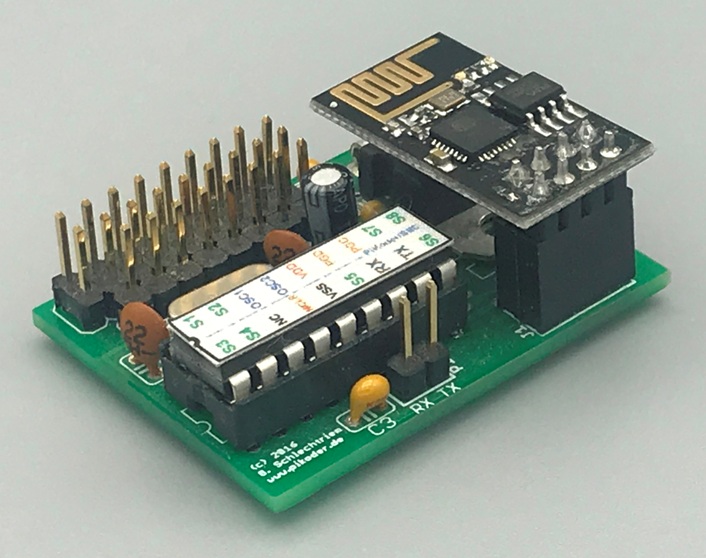 In this section you will find the PiKoder RC Bluetooth and WLAN receiver. The receivers either control eight servos directly ("PiKoder/SSC - family") or generate an eight channel PPM signal to interface to an Autopilot ("PiKoder/PPM - family"). 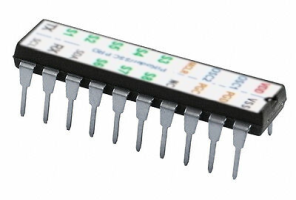 The PiKoder RC Servo Controllers control up to eight servos ("PiKoder/SSC - family") based on commands received by a serial port (UART) or the I2C bus. 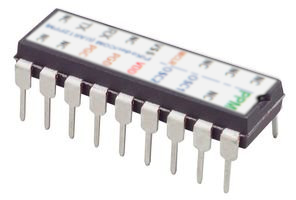 The PiKoder PPM Encoders generate PPM pulse frames which are controlled by commands received either by USB (USB2PPM) or UART (UART2PPM).

In this section you will find programmed controllers, PCBs, and other accessories such as USB cables. 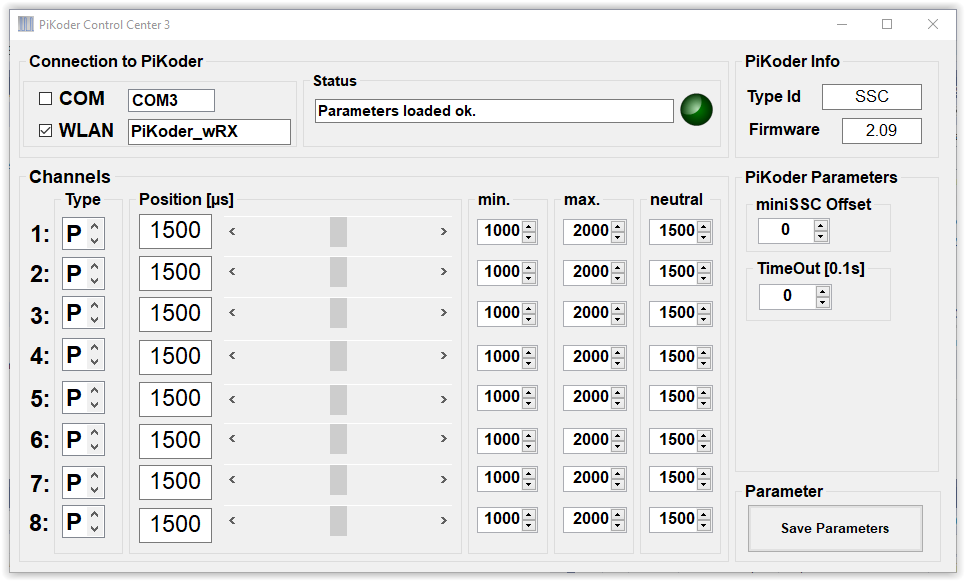 The PiKoder Control Center (PCC) is a Windows program for evaluating, testing and customizing a PiKoder. The PCC will detect the PiKoder type and firmware version and upload all relevant parameters which can be edited then (depending on your PiKoder's type - please refer to the list of supported PiKoder). 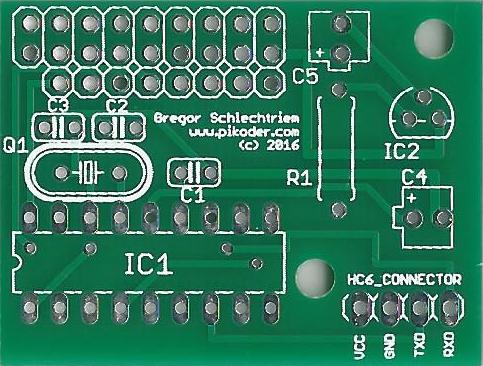 In this section you would find pcbs, 3D print files and accessories such as USB cables.. 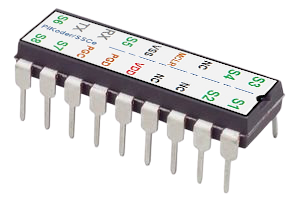 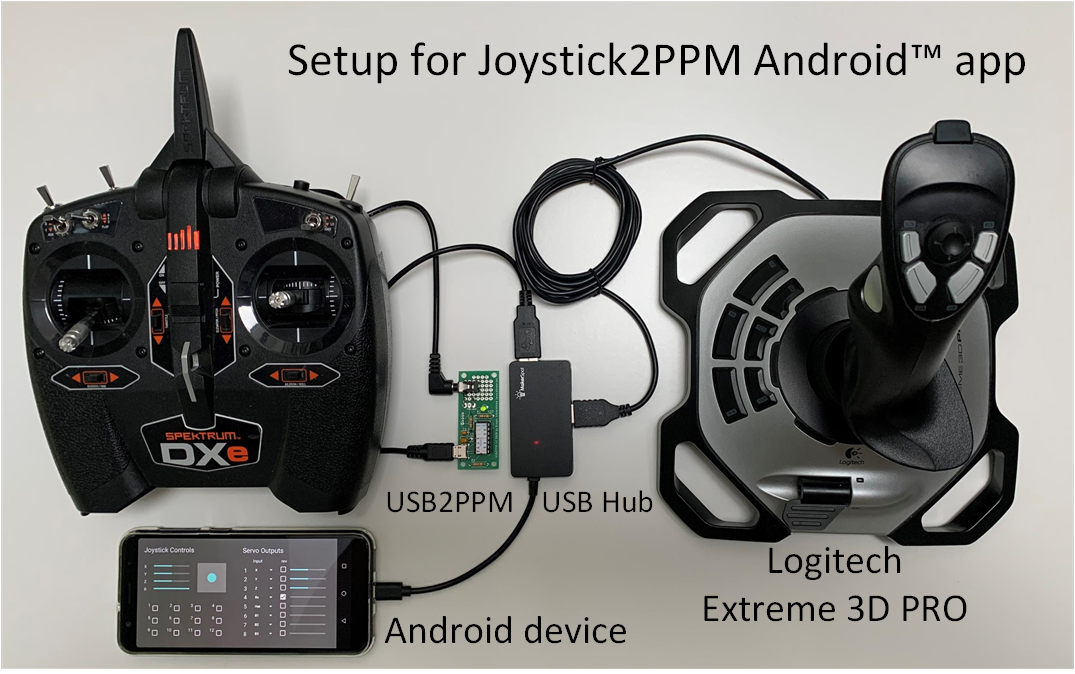 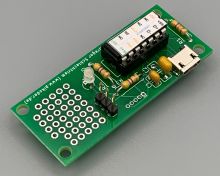 May 2, 2020: iPiKoder/SSC PRO engineering board 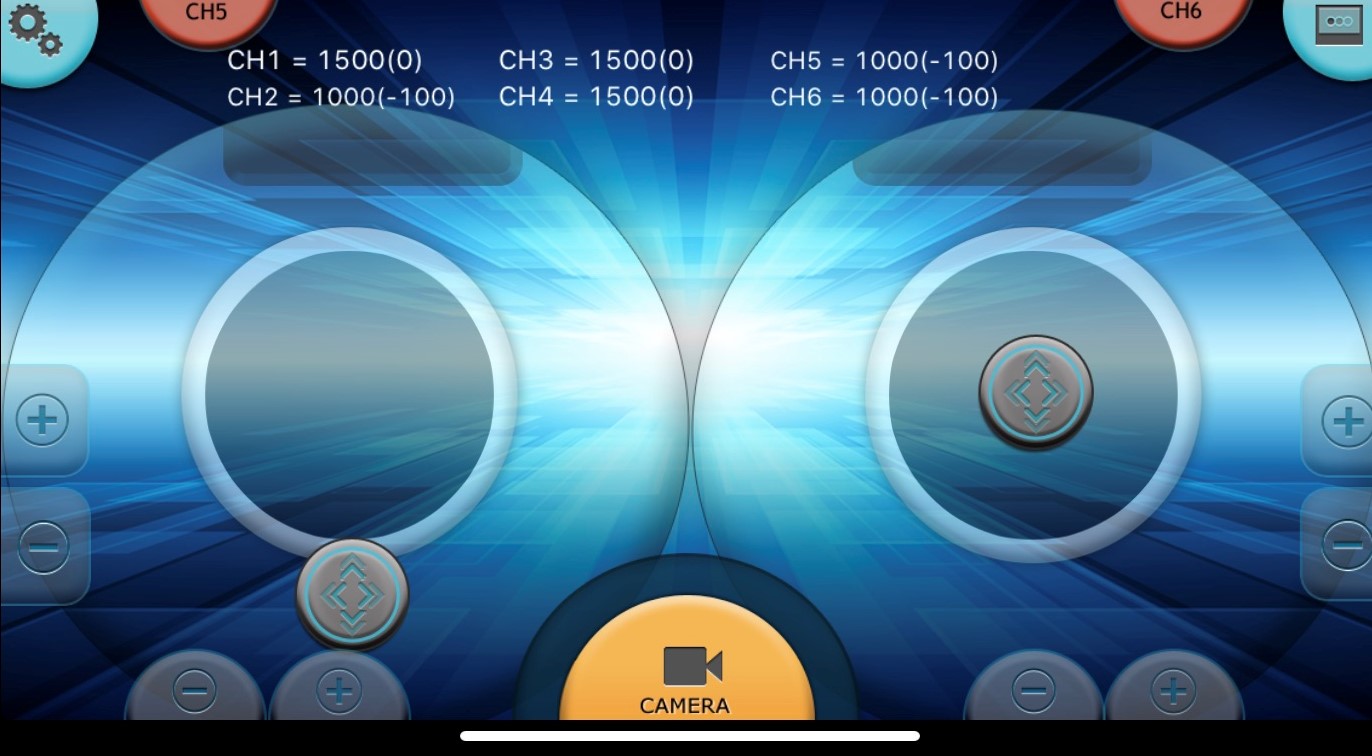